A first film producer – at the age of 98 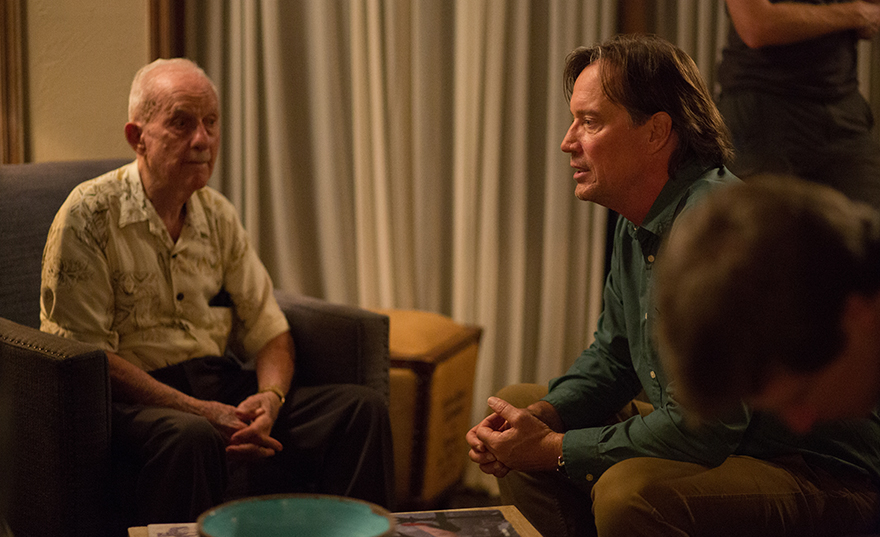 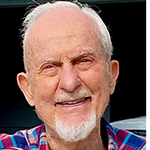 Larry Jaffe (left) never thought he would ever become a Hollywood film producer – at the age of 98. Raised in the era of silent films, the former Marine Corps lieutenant served in Japan in World War II and previously had a successful marketing career in New York retiring with his wife, Hope. They previously celebrated their 72nd wedding anniversary. Sadly, Hope passed away last October.

But even in mourning, Larry’s zest for life is unabated and a new chapter begins by becoming a first-time producer at the helm of a star-studded movie to be released nationwide in theaters April 2: The Girl Who Believes in Miracles. Larry̵

7;s own life, he says, is nothing short of wonderful:

Q: How did you become a rookie Hollywood producer at the age of 98? 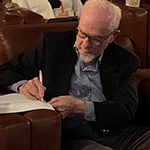 Larry: An old friend, Richard Paley, dreamed of writing a screenplay when he retired. But he gave up after three years of trying to post it because he had no movie connections. But I really liked his script, so we became partners. A friend of a producer introduced me to Rich Correll [Hannah Montana writer] and he in turn told me about a book he was interested in adaptations for the screen called The Mustard Seed … so we bought the rights to the book and Rich adapted it into a script and agreed to direct it. Because of Rich’s involvement, we attracted these big stars – Oscar winner Mira Sorvino, Emmy winner Peter Coyote and Kevin Sorbo – who everyone knows as Hercules.

Question: How did a Jewish man like you get involved in this Christian inspirational film?

Larry: Isn’t that interesting? I am a jewish man of faith responsible for bringing to life a movie based on christian faith. The world is small, but we all come from the same source. I really believe in miracles and a story based on miracles came along, so it was a beautiful thing.

Question: You were born in 1923, the same year that Cecil B. DeMille was filming his Bible story The Ten Commandments. Is there a coincidence there?

Larry: The joke on set was that Moses and I went to Hebrew school together!

“I also want older people to know that you are never too old to start and succeed in something new.”

Q: What can the audience take from the movie?

Larry: I hope they recognize the importance of empathy in making their lives meaningful. A meaningful life can be joyful because givers get as much joy from giving as the joy that recipients get from receiving. I also want older people to know that you are never too old to start and succeed in something new. After the year we’ve all been through, the world needs an uplifting movie like this one to give us the ability to trust again.

Q: Have you experienced miracles yourself?

Larry: I was in the Marine Corps in WWII and was part of the Honor Guard in President Roosevelt’s funeral service in DC. We took an overnight passenger train from DC to President Roosevelt’s estate where he was buried. The next morning we stopped at a local stop and I got off to wash up at the station, but in my sleepy state I got out on the wrong side and walked onto a trail and suddenly, out of nowhere, I was picked up that track, and put on a platform – seconds later an express train came through the track I was walking on. So after that miracle happened, my faith is now based on facts – not just faith. So it’s great for me to be involved in a movie about miracles.

“I have never been one to look back, only forward.”

Q: Any advice for fellow seniors?

Larry: I think it’s about having something to look forward to and I’m lucky to have that with this movie and also to see my grandchildren and great-grandchildren grow up. I have never been one to look back, only forward. Life is a miracle and our bodies are miracles and I wish all my fellow seniors can enjoy their lives to the best of their ability.

Question: What is your secret to “Aging with Attitude”?

Larry: At my age, we are just grateful that we made it to another day. My retirement community has a beautiful gym where I still do 150 push-ups every day. I advise everyone to keep exercising; it is the secret to a long life. My wife involved me in acupuncture and I also use Chinese herbs.

It’s easy to be green on Earth Day – and beyond