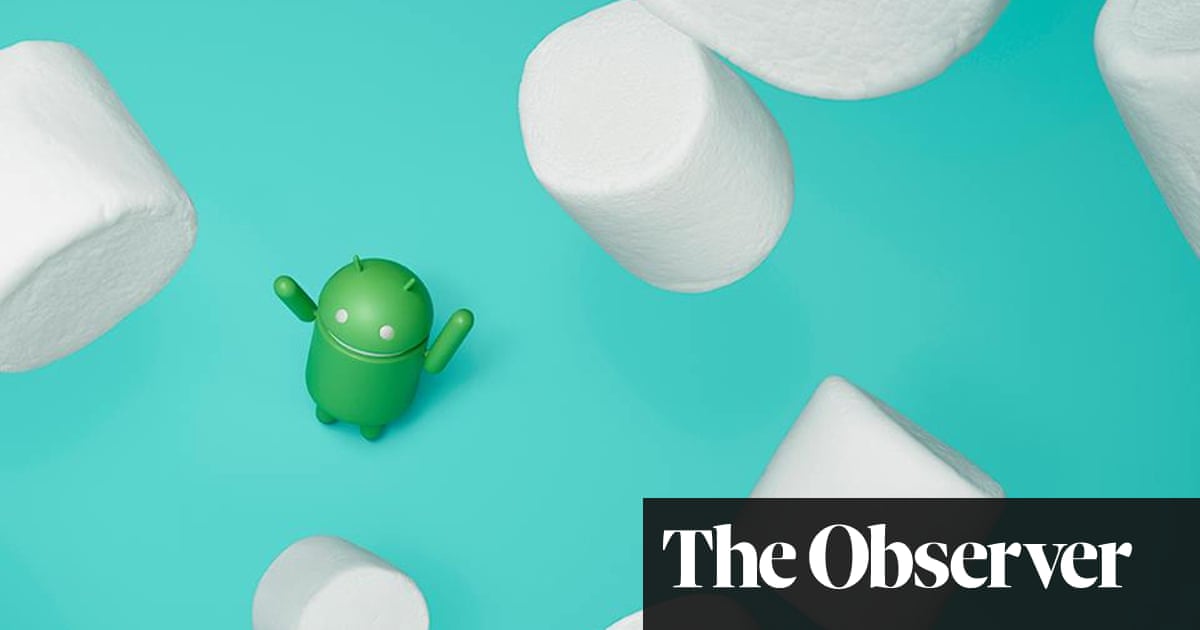 1. Have your device Doze

One of the most important functions of Marshmallow is called Doze. It saves battery life when your phone or tablet is not being used, reducing background activity and checking for new notifications less often. As soon as you pick up the device again, it comes back to life. Android 6.0 activates Doze automatically when it detects that your phone or tablet is not in use, so there are no options to set up: make sure you do something valuable with all the extra battery life.

This is not a tip that you can use on a device that you have updated to Marshmallow, but you will notice it on new Android 6.0 devices (such as the Nexus 5X and Nexus 6P). The new OS supports USB Type-C, the advanced USB standard that supports faster data transfer, faster charging, reversible cables, and multitasking (allowing you to output video and simultaneously charge your device). USB Type-C also appears on laptops, including the new Apple MacBook and the latest Chromebook Pixel from Google.

Android & # 39; s digital assistant Google Now has gained some extra super powers with the release of Marshmallow – in particular the ability to see what's on the screen and to understand the context of where you look at. Long press the start button to activate Google Now on Tap and every time you repeat an action in the future, you will get information relevant to the app you are in and the information that is displayed. For example, a movie may contain a link to Wikipedia or IMDB entries, or a local company may call links to directions and the official website.

5. Ask questions about your apps

Google Now on Tap also works with your voice if you want to test the new context-aware functions. Start Google Now as usual with a long press on the Home button, then say your question and assume that the virtual assistant knows what is on the screen: try & # 39; who is this? & # 39; For example, when you listen to a song on Spotify or & # 39; when is it displayed? ”When someone mentions a movie in an email. As more apps use the Google Now on Tap standard, it should become even smarter.

6. Choose your own Quick settings

The Quick settings panel is displayed in Android when you drag two fingers down from the top of the screen. In the latest version, if you press and hold the gear icon above the panel, you can activate a System UI Tuner item in the Device Settings app. If you follow this menu item, you can change which tiles are displayed on the Quick Settings screen and move them; it is also possible to hide certain icons (such as Bluetooth or aircraft mode) from the status bar.

7. Display the battery level as a percentage

This is another entry in the hidden menu of the System UI Tuner, so if you have not yet enabled it, please refer to the previous tip (long the gear icon in the Quick settings panel). Third-party modding programs allow you to see the battery level as a percentage on the status bar for a while, but now it's a native function – go to System UI Tuner from Settings and tap Show integrated battery percentage. If you want to know at a glance how much juice your device still has, this is the way.

8. Back up your app settings

This is more a tip for app developers than for app users, but it is something that everyone should pay attention to. Android Marshmallow gives apps the option to back up data and settings in your Google Drive account for free. That means that when you sign up on a new Android device and all your contacts and emails are in place, all your apps are in the same state as when you left them – assuming the app developers decided to take advantage of the function.

The Share menu of Android has long been one of the strong points – the way you can send almost everything from one app to another with just a few taps – and it's even smarter in Marshmallow. Each time you tap Share in an app, the mobile operating system displays the contacts and apps that you most often share, so if you are a frequent tweeter, Twitter is probably the first to appear when you share a link. All other apps and contacts also appear, but your favorites are pushed to the top.

Like a desktop operating system (and unlike iOS), you can set default apps with Android – apps that are automatically selected for opening websites, images, text messages, and so on. In Marshmallow the way this works is somewhat simplified: if you go to the Apps item in Settings, tap the gear icon and choose Standard apps on the next screen, you can edit these links. For example, tap Browser and you can choose something other than Chrome to take action when you try to view a webpage.

This is another feature that is more interesting for app developers, but you should notice the benefit when using Android Marshmallow – apps can now use Chrome Custom Tabs to display web pages & # 39; s without leaving the app (in Twitter or Facebook for example). That means all the benefits of Chrome, including your synchronized passwords and existing logins, without having to jump to Chrome and back. Developers can also customize the toolbar colors and action buttons of these custom tabs for a seamless and fast experience.

12. See how much memory your device has left

Android has gradually given users more access to some of the features behind the scenes that were previously hidden. New to Marshmallow is a memory manager, so you can see which apps take up all your device's mind and cause it to crash – tap Memory from the Settings app and you can split the statistics of the last three, six, 12 or 24 hours. If you choose Memory used by apps, you can view the worst offenders of hogging memory usage.

13. Select text in an instant

If you spend a lot of time selecting text on your Android device, you'll be happy with this improvement – especially yours on smaller screens or with limited mobility. If you hold down a word on the screen, it will be highlighted normally, but if you drag your fingers around, select words instead of individual characters (if you still need accurate selections, drag one of the blue levers back) . What's more, the menu bar with cut, copy and share has been moved, so now it's floating close to the text itself.

The eagle eyes have noticed that the shortcut icon in the lower left corner of the lock screen now activates a spoken search instead of a link to the dialer app – it is clear that we are all now searching the internet instead of to call each other. Swipe up and to the right to access Google Voice Search and perform a search online (such as the age of the prime minister). Any attempt to perform a personal search on Google (such as "my flights" or "my e-mails") will not produce a result unless you first successfully pass through the security of the locked screen.

15. Manage volume levels in one place

Android 5.0 Lollipop made volume control unnecessarily confusing, so Android Marshmallow is trying to repair some of the damage. When you press the volume key, a simple slider appears on the screen – tap the down arrow at that slider and you can change media, system and alarm volumes from the same pop-up. If you need more volume control, go to the Sound and Notifications screen in the Settings app (options such as standard ringtones and vibrations can also be configured here).

Google also has the setting & # 39; do not disturb & # 39; adapted to make it (in theory) easier to use. Go to Do Not Disturb on the Sound and Notifications screen of Settings and it is possible to display contacts and events that can break through any wall of silence that you have set in Priority mode. To choose your current mode, open the Quick settings panel and tap Do not disturb – the options are Priority only (only notifications from specified apps and people make a sound), Only alarms (only alarms make a sound) or Total silence . [19659004] 17. First go to your favorite apps

New in the Google Now launcher (on which Android Marshmallow is based) is an app drawer that lists your most used apps first when you are calling – you can see the new feature as soon as you tap the All apps button (usually in the middle of the home screen) and there is a search box at the top to prevent your page from page of apps scrolling to find what you are are searching for. The scroll bar on the right can also be used to quickly scroll through the installed applications.

18. Unlock your device with a finger press

Samsung and other manufacturers have included fingerprint sensors in Android hardware for a while, but Android Marshmallow is the first time the feature is natively supported by the operating system (so you should see phones and more tablets sporting sensors in the future). Google & # 39; s own Nexus 5X and Nexus 6P are two of the first handsets of the production line with this detection technology – you can use it for everything from unlocking your device to buying apps and games from the Google Play Store.

19. Don't worry about links between apps

Our latest developer-focused tip relates to links between apps – and we'll mention it again so you know why your Android Marshmallow experience will be more seamless and easier then before. In earlier versions of Android, tapping a website URL, a link to a tweet or something similar would call up a dialog asking which app you want to use to open it; in Marshmallow these links can be encoded to be automatically opened in their standard apps, so there is no extra screen to click on.

Android finally has a file manager, even though this one is hidden in the depths of the operating system. If you go to the Settings app and then choose Storage and USB, you can see how much space is left on your device – if you then scroll down and tap Explore, you can browse through the different folders on your smartphone and tablet . There aren't many features here, but it's a start (and if you need a more advanced file manager, there are plenty of third-party options available in the Play Store).

This is a bit fake because it's now only available in the US and it works with Android 4.4 and higher (not just Marshmallow), but we're going to do it anyway because it is a great new Google product. Like Apple Pay, with Android Pay you can buy goods with a swipe from your NFC-compatible smartphone, regardless of where the service is supported – it is not the first time that Google has a preference for a mobile payment service, but this time it hopes to severe traction.

About the Virus – Senior Planet

Save money online as a millennial