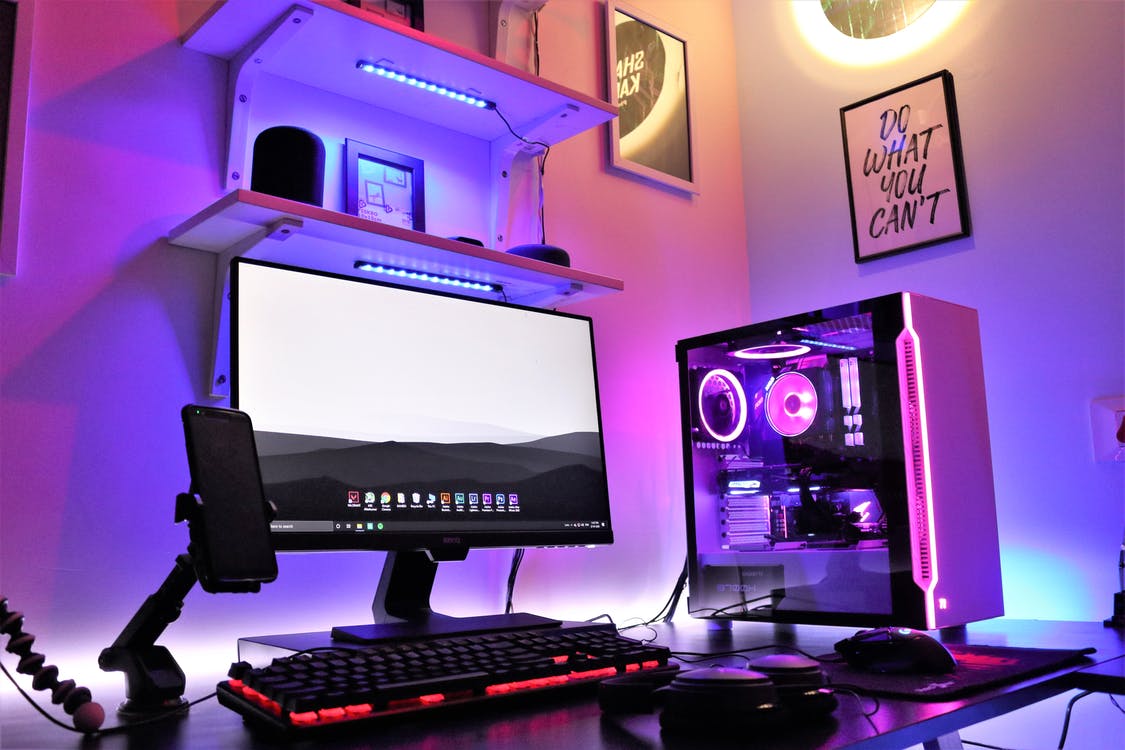 There are many great titles that we expect to play in 2021, and of course you need a powerful gaming PC to enjoy them in their full glory. For many PC enthusiasts, building a high-end rig is a dream. For more casual PC users, you may want to dip your toes into high-end gaming, having heard that building a PC is cheaper than buying it.

That’s why we’ve put together some helpful tips for building a gaming PC for the latest games, aimed at people who may only be familiar with upgrading RAM on a store bought computer.

7;t an issue. For a PC that can run the latest and upcoming titles in 4K resolution at maximum graphics settings, be prepared to spend at least $ 2,000 on purchasing all the hardware.

Today’s PC hardware market has slammed with shortages and scalping, especially for CPUs and graphics cards. This means that you will often find that the popular, high-quality graphics cards are sold for about twice their retail value by third-party vendors.

So while technically a top-of-the-line gaming PC should only cost you about $ 1,500 in retail value, what you end up paying will be based on supply and demand from suppliers, which hasn’t been beneficial to PC enthusiasts for quite some time.

If you can sacrifice a bit, like scaling back to 1440p resolutions, that saves you a bit on a monitor and how powerful a graphics card you actually need. I mean, if you mainly play .io games, there’s probably little reason you need a state-of-the-art RTX 3060 Ti video card.

While it’s good to future-proof your hardware and anticipate graphics upgrades, it’s more financially sensible to stay within reach of what’s needed for current-generation gaming. Save money for upgrading when it really makes sense.

For a complete computer build, the exact components you need are:

You’ll also want to spend some time comparing monitors and any game-related accessories you need, such as mechanical keyboards, gaming mice, and headsets.

As mentioned earlier, the current market for CPUs and GPUs has many shortages, which resellers on Amazon and other retail websites are happy to take advantage of. For example, when Nvidia and Radeon announce a new batch of video cards, scalpers will set bots to automatically buy up all inventory.

This is an ongoing and known issue in the PC gaming community. For example, the GeForce 1660 Ti launched for a retail price of $ 289 and is currently being resold on Amazon for over $ 800.

So to find components for MSRP pricing you will need a bit of luck and patience, but it can be done. Here are a few ways.

Online shopping provides the convenience factor, but also the reseller problem. Visit local electronics stores, such as Micro Center or Best Buy, and even smaller computer boutiques. Their stock is usually at retail value. If stock isn’t available, ask if they plan to order new stock and when new stock might become available.

Keep an eye on Stock Trackers

Websites like NowInStock.net scrape multiple shopping websites and can show you if items like Newegg, Amazon, and others have stock from retailers around MSRP.

You can also follow communities on Reddit, such as r / buildapcsales, which link to computer parts for sale on various vendor websites. If you don’t mind swapping a little or paying cash for used parts, you can also check out r / hardware swap.

If you’ve never assembled a computer before, or are only experienced in adding RAM and a new GPU to a pre-built computer, it really isn’t difficult. Many people get intimidated putting together a computer because the parts seem so fragile and expensive.

It’s worth noting that computer hardware is more durable than it looks. I’ve seen GPUs thrown around rooms and entire computers falling off tables and still working fine. The main problems are static electricity, air flow and short circuits in wiring.

Assembling a PC is actually exactly the same as assembling Legos, everything just clicks into place. There are tons of YouTube videos that will guide you through it. So in general, while mounting the PC, you only need to worry about the standard precautions against static build-up.

However, something needs to be said about the security of the PSU itself. I’ve seen many things go wrong with PSUs, such as fused SSDs from poorly made Molex connectors, wires overheating and fusing, and modular connectors fusing, taking contact pins with them.

When connecting all the wires from the PSU to your hardware, try to keep the thinner cables away from thicker cables that can produce more heat. Electrical tape is fine to use here, and I like to add small pieces of electrical tape to the thinner, more sensitive wires, as well as trim the ends of modular connectors that I won’t be using.