Extend the battery life of your Xbox controller

Turn off your controller to save battery

The easiest way to make your controller̵

7;s batteries last longer is to simply turn it off when you’re not using it. You can do this manually at any time while playing a game: press and hold the Xbox button in the center of the controller and choose ‘Turn off controller’. 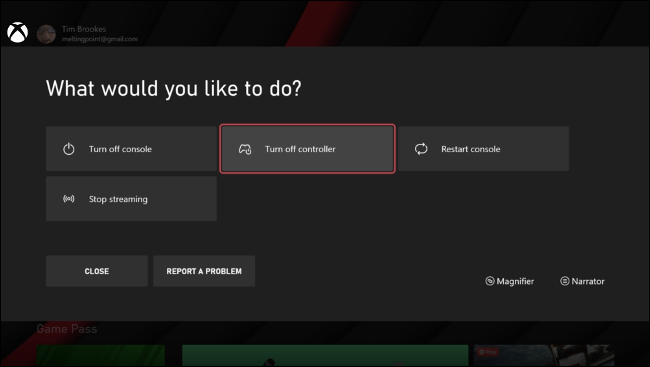 If you don’t touch your Xbox controller for 15 minutes, it will turn off automatically. Unfortunately, there is currently no way to override this setting (as you can on Sony PlayStation consoles).

Do you have a Play and Charge kit? Charge smartly

The Xbox controller comes with a single set of disposable batteries. The easiest way to upgrade your controller to make it rechargeable is to buy the official Play and Charge Kit from Microsoft ($ 24.99). The kit includes a rechargeable lithium-ion battery and a charging cable with a USB-C connector (for Xbox Series X | S).

These batteries take about four hours to fully charge and contain about 1400 mAh. That should take about 30 hours of gaming, although mileage may vary depending on factors such as rumble usage and whether you’re using a headset.

You can check your battery status in the Xbox dashboard by pressing the Xbox Guide button and looking at the top right corner of the screen. Unplugging your controller before it reaches 100% capacity can extend its life as well as prevent the battery from undercharging. Better to charge for an hour while playing a game than to leave your controller plugged in all weekend.

Temperature can also affect the health of your battery, especially low temperatures. Do not expose your controller to freezing temperatures (for example, leave it in your car overnight during the winter). For long-term storage, charge your batteries to about 40% and turn them off.

If you’re still using an Xbox One controller, you’ll need to use a micro USB cable instead (the battery packs themselves are interchangeable between console generations.).

Using an ultra fast charger may charge your batteries faster, but you will only reach about 70% capacity using this method. Better to charge them slowly at night and reach 100% full capacity. With a set of four batteries, you can leave two in your controller and two charged and ready to go.

The main drawback to this method is that you have to physically remove the batteries from the compartment on the back of the controller and replace them every now and then. This isn’t quite as useful as plugging in a USB cable or placing the controller on a charging dock, but it’s the best bang for the buck.

Panasonic Eneloop batteries are among the best rechargeable batteries on the market. They contain internal circuitry that turns off the battery once charged, and Panasonic estimates that they will keep 70% of their charge in a drawer for ten years when not in use.

Do not connect headsets to the controller

If that’s not an option, consider upgrading to a wireless headset. You not only free yourself from wires, but you also lighten the load on your controller in terms of power consumption. Keep in mind that wireless headsets also contain batteries, so that’s another device to keep charged if you go this route.

Turn off Rumble May Help

When your Xbox controller’s battery is low, rumble will automatically turn off to conserve the remaining power. You can use this principle to extend the battery life of your controller even when fully charged. You completely lose rumble, which means you get less feedback from games, possibly affecting response time or immersion. 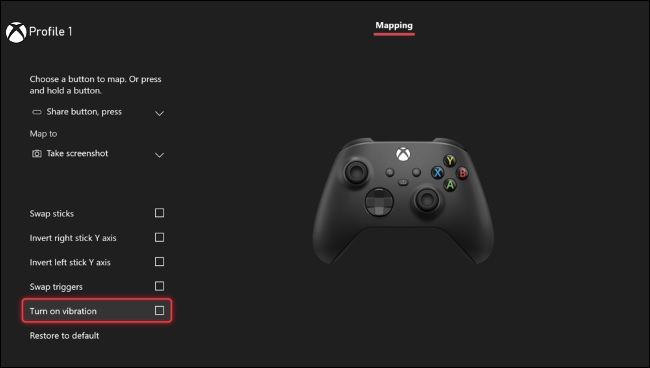 To do this, go to Settings and select “Ease of Use” on the left side of the screen. Choose ‘Controller’ and uncheck ‘Enable Vibration’ to disable the feature completely. It’s no secret that the controller is a bit lifeless and boring with rumbling turned off, but there’s no question that you get more playtime this way on a single charge.

It’s easy to throw some AA alkaline batteries in a drawer just in case. It may seem a bit old-fashioned that Microsoft still ships disposable AA batteries with every controller sold, but it offers a lot of options in terms of how you power your controllers.

The alternative is Sony’s approach, where each controller contains a lithium-ion battery that cannot be accessed without taking the gamepad apart. In the case of the DualShock 4, the battery life was poor from the start and only diminished over time as the cells started to lose capacity.

If you buy some extra AA batteries, make sure to avoid smoke detector batteries, as they are designed for low-energy devices.

You can always play wired instead

Depending on your setup, it may be a better option to play wired. You do not need to place batteries in the controller for this either. It’s worth noting that the controller feels a bit light with an empty battery compartment, so even dead batteries might be better than nothing.

Xbox One and Xbox Series X consoles | S use a different connector for their respective controllers, but chances are you both already have them lying around. These are:

Unlike Sony’s DualShock 4 and DualSense controllers for the PS4 and PS5, Microsoft is committed to replaceable batteries for the Xbox Series X and S. This means you can easily replace the battery pack in a few years when it starts to age. .

If you find that your controller is running out of battery life, consider replacing your rechargeable battery with one of the solutions mentioned in this article.

Do you also have a PlayStation 4? There’s one simple thing you can do to make a DualShock 4 last longer on a single charge.

RELATED: How to dim the lights on the PlayStation DualShock 4 controller

When is the next tax refund for unemployment benefits? What you need to know about IRS money?

Update apps and games on Android