How to choose the best PC power supply 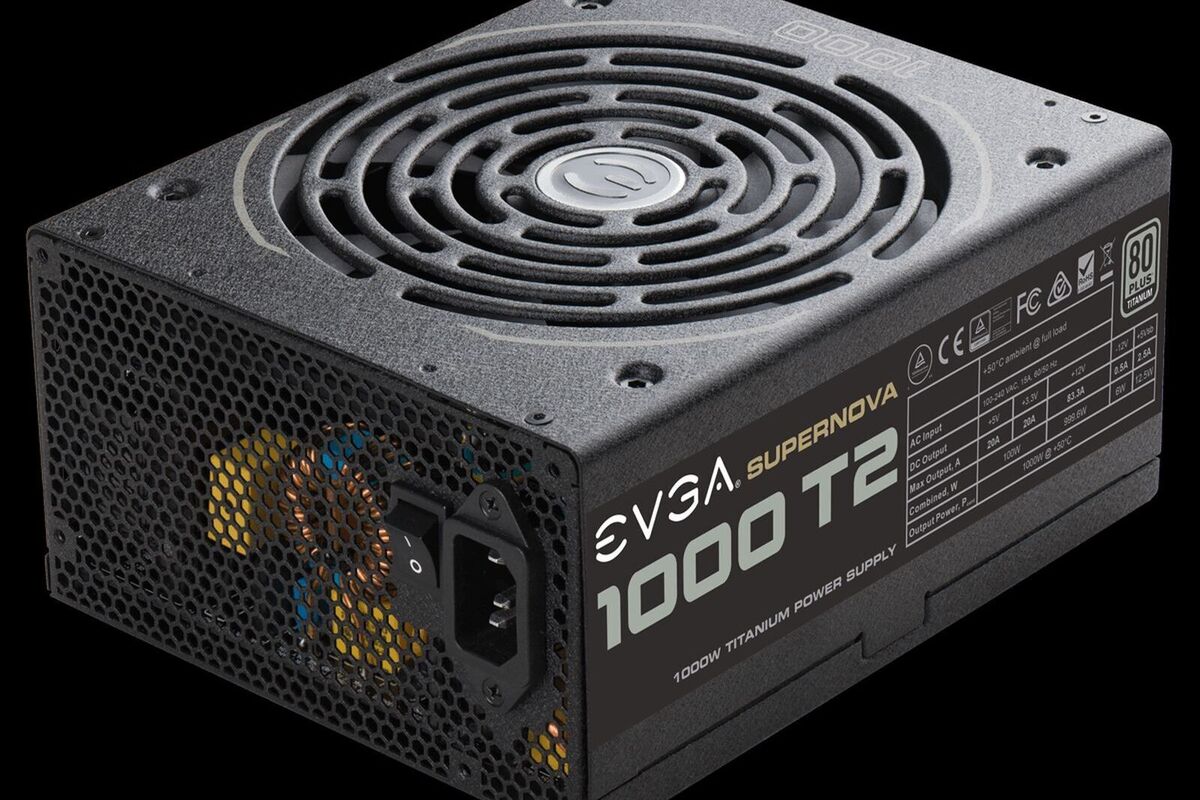 Power supplies are an often misunderstood and overlooked PC component. Many users choose a PC power supply based on the total wattage alone, assuming that higher is always synonymous with betterOthers pay no attention at all to their power supply unit (PSU) selection and settle for the horror that has come in with their machine. But given the importance of a good power supply to a system’s long-term stability and reliability, it’s a shame that PSUs get so little attention when compared to sexy components like graphics cards and SSDs.

It doesn’t help that the power supply market is inundated with products from unscrupulous manufacturers that use substandard components and exaggerate the capabilities of the hardware, especially now that soaring cryptocurrency prices have created massive demand for graphics cards and PSUs. But opting for a solid, efficient power supply is possible if you arm yourself with the right knowledge.

There is no one universal rule for choosing a high-quality power supply. Nevertheless, several indicators provide indirect evidence of the quality of the PSU, and some guidelines are generally helpful.

Always buy a power supply from a reputable manufacturer first and look for reviews on it before purchasing. Avoid cheap generic power supplies, which are often substandard. Look for reputable brands that offer solid warranties and support. Corsair, Seasonic, EVGA, and Antec are manufacturers with a reputation for producing quality power supplies, although they may offer a few duds among all the studs. Do your homework!

Larger, heavier units are preferred over puny, lightweight models. Higher quality power supplies almost always use larger and better capacitors, chokes, and other internal components, and they feature larger heat sinks for superior heat dissipation – all of which translates to more weight. Larger cooling fans, which typically move more air and make less noise than smaller fans, are another plus.

Of course, you should also check the connectors of the PSU to confirm that the device is compatible with your particular system. The condition 20 + 4 pin refers to a connector that can function as a 20-pin connector or a 24-pin connector. In the 6 + 2 pin connector shown on the right, you can enable or disable two of the pins in the connector as needed.

The vast majority of consumer PCs use standard ATX power supplies. Smaller units and units designed specifically for business and server applications are also available; but for regular desktop systems, ATX power supplies are it.

When looking for a power supply, keep three critical attributes in mind: power output, rails, and efficiency. Other specs and features are also important, but these three directly affect the performance of the PSU.

Manufacturers usually list the power of their power supplies in watts. A PSU with a higher wattage can provide more power. Desktop power supplies have an output power of 200 watts to 1800 watts (for ultra-high enthusiast class products). A higher wattage would exceed the capabilities of a normal 15 amp outlet. The most important number here is that for sustained or continuous power, not that for peak power. Most power supplies can only operate at peak power for short periods.

Ideally, your unit will supply enough power to your components and provide some extra headroom in case you need to attach additional components later. Most power supplies reach their maximum efficiency with loads between 40 and 80 percent. Building up to about 50 to 60 percent of the capacity of a PSU is advisable to achieve maximum efficiency while still leaving room for future expansion.

For example, if the maximum power or combined TDP (total design power) of your system’s current components is 300 watts, a 600 watt PSU would be a good choice. In a high-end system loaded with components that can collectively peak at 700 watts, a 1200 watt PSU would work well. You can get by with lower capacity units if you think you’ll never need to expand your system, but if you can afford it, choosing a higher capacity PSU is a better choice.

Many modern gaming systems with a 6- or 8-core CPU and a midrange to high-end graphics card should get by with a power supply from 650 W to 850 W, with 750 W being a good place for gamers for a long time. More powerful hardware requires higher wattages, mostly if you plan to overclock.

Outervision and Seasonic’s handy-dandy PSU wattage calculators invite you to input your building components down to the smallest detail – right down to CPU overclocking voltages and specific water cooling components – then spit out a lot of power for your system.

As for wattage, there is a common power myth that higher wattage power supplies necessarily consume more power. False. All else being equal, a 500 watt power supply consumes no less power than a 1000 watt unit. That’s because the components of a system – not the PSU – determine the power consumption. If there are 300 watts of components in a system, the system consumes 300 watts under load, regardless of whether the system is equipped with a 500 watt power supply or a 1000 watt. Again, the wattage of a PSU indicates the maximum amount of power the device can deliver to the components of your system, not how much power it consumes from the electrical outlet.

An efficient PSU is a better PSU

The efficiency rating of a power supply is important because higher efficiency units generally have better components, waste less power and generate less heat, all of which contribute to less fan noise. An 80 percent power supply provides 80 percent of its rated wattage as power to your system, while the other 20 percent is lost as heat.

Look for units with “80 Plus” certification. While the certification process is not particularly rigorous, 80 Plus certified units are confirmed to be at least 80 percent efficient; and 80 Plus has tiers for even more efficient units, including 80 Plus Bronze, Silver, Gold, Platinum and Titanium certifications. However, power supplies in the higher certification levels tend to charge very high prices. Average users with average needs should probably stick to the simple 80 Plus or 80 Plus Bronze tier unless they find a particularly juicy deal on a Silver or Gold PSU.

Corsair provides a thorough overview of power supply efficiency and the 80 Plus program if you want to learn more.

In addition to identifying the power output, manufacturers will specify the number of +12 V rails that their PSUs contain. A “single-rail” power supply has a single, high-performance + 12V rail for powering hungry system components. A “multi-rail” unit divides its output over two or more +12 V rails.

In a single rail design, all power from the power supply is available to any part connected to the unit, regardless of the connector or cable used. However, in the event of a failure, a single rail power supply can inject much more current into your components.

Meanwhile, the biggest drawback of a multi-rail PSU is that it cannot distribute the power between the different rails. For example, if you connect 25 amps of components to a +12 V rail with a maximum rating of 20 amps, the mismatch will activate and disable an overcurrent protection device (OCP), even though there are other rails available with a lot of power left. With a multi-rail PSU you have to pay close attention to which components you have connected to which rail, a mild nuisance that you do not have to worry about with a single-rail power supply.

On the other hand, that drawback becomes a major benefit if you ever encounter catastrophic failure. The OCP mechanisms in a multi-rail power supply monitor each rail and shut down the entire unit if they detect an overload on any of the rails. The OCP on single rail units will only activate at much higher currents, which can lead to a major meltdown if a severe overload occurs.

So which type of power supply is better, is better: single rail or multiple rails? Usually not. From a performance standpoint, both work equally well; and in general both are very safe to use. However, if you’re building a particularly powerful system, multi-rail OCP will provide an extra layer of security in case something is shorted out, reducing the chances of frying your precious components during a computer disaster.

Another consideration is cabling. Power supplies are available with hardwired, partially modular or fully modular cabling. With modular power supplies, you can add or remove cables from the PSU as needed to avoid clutter in the case.

From a technical point of view, a wired power supply is optimal because no additional connections are required between the internal circuit board of the unit and the connector that will eventually plug into one of your components. One end of the cable is soldered into the PSU PCB and the other end ends in a standard connector, with no breaks in the line. Each time you make an extra connection between the PSU and your components – as happens with modular power supplies – you add more resistance and another potential point of failure to the line; and any increase in resistance translates into lost efficiency.

That said, the extra resistance is normally minimal and not a cause for concern for most users. Meanwhile, modular cabling makes it a lot easier to keep the inside of your enclosure nice and clean. Just don’t connect excess cables to minimize cable clutter. Most people prefer modular PSUs, although they cost a bit more than non-modular models.