How to send disappearing messages in signal

Don’t want your messages sent via Signal to stay on someone’s phone? You can use the Disappearing Messages feature to automatically delete all messages in a chat after a specified time. Here’s how to send disappearing messages in Signal.

The Disappearing Messages feature works per chat. It works for one-on-one chats as well as for groups. You can choose between a time frame of a second and a week (this is something you can̵

7;t do on WhatsApp.). The app displays a visual timer next to disappearing messages.

Disappearing messages are not a foolproof privacy feature. Users can still forward messages, take screenshots and even save the shared media to their camera roll before deleting it.

Signal has a special feature for sending self-destructing photos and videos. They cannot be saved and disappear once viewed (like Snapchat).

RELATED: What is signal and why is everyone using it?

Enable and use disappearing messages on signal

The Disappearing Messages feature must be turned on individually for each chat. The steps are different for iPhone and Android.

If you’re using an Android smartphone, open the conversation you want to enable the disappearing messages feature for and tap the three-dot menu icon in the top toolbar.

Select the timeframe and tap the “Done” button. 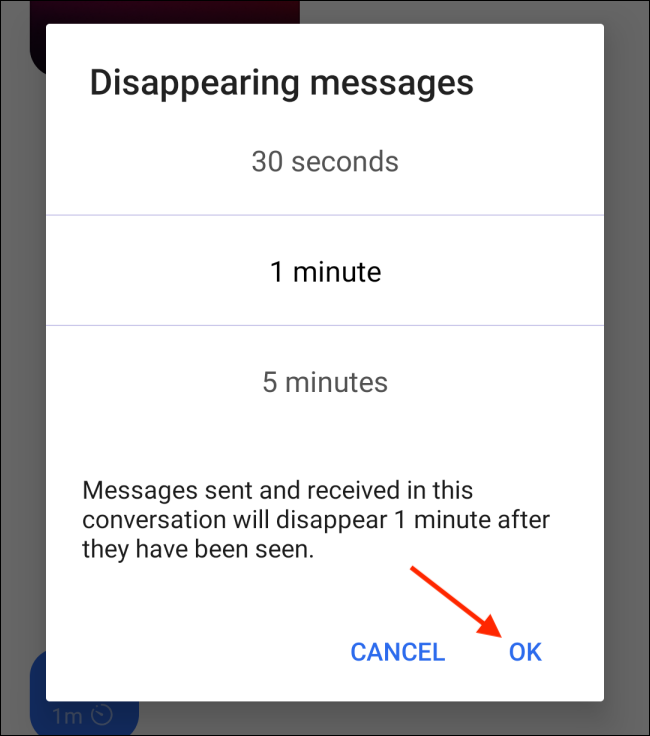 You can see the timer details in the top toolbar itself.

If you’re using an iPhone, tap the contact’s profile name in the conversation view.

Then tap the switch next to the “Disappearing Messages” feature.

You will see a slider below the element name. You can swipe it left and right to increase or decrease the timer. 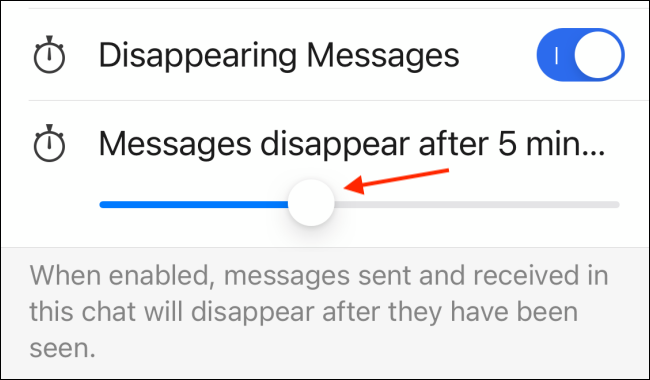 When the feature is activated, any message you send (including photos and videos) will disappear from the chat after the timer ends. Each message shows its own timer in the chat. 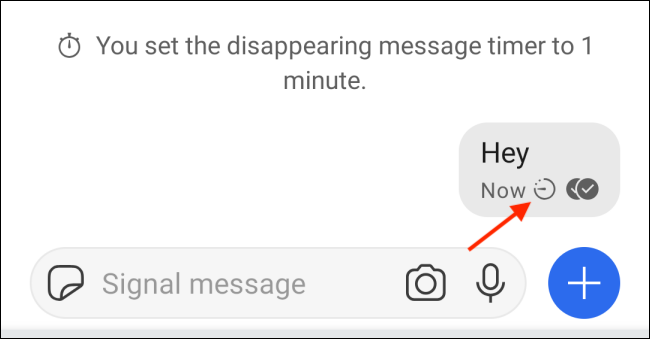 Signal has a separate feature that allows you to send disappearing photos and videos to anyone in the app. This can be in any conversation or group, even if you don’t have the Disappearing Messages feature turned on.

To use this, open a conversation in Signal and tap the “+” button (on Android you’ll find it on the right side of the toolbar).

From here you can use the camera to take a photo, or you can choose one from the library. 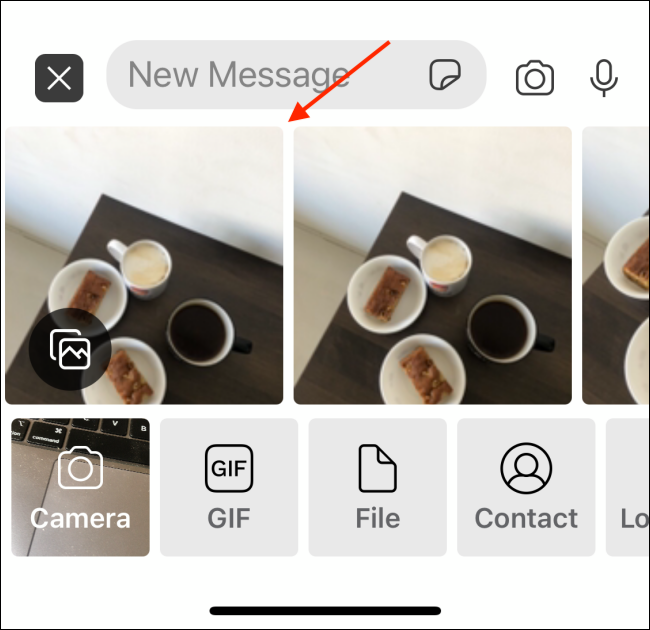 Tap the infinity icon in the lower left corner. 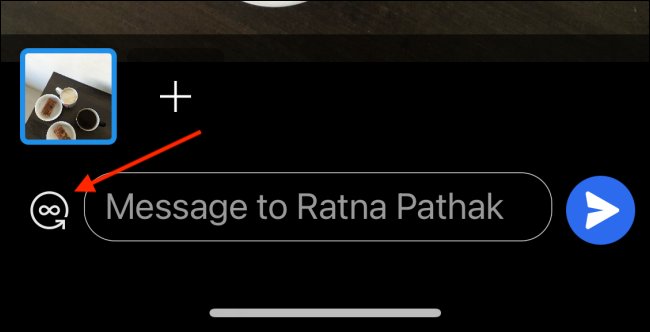 This changes to a “1X” icon. This means the photo or video can only be viewed once (and you can only send one piece of media in this mode). Finally, tap on the send button.

The media will appear in chat without preview. The recipient can tap the media to view it. Once they close it, the media is gone forever.

Just switched to Signal? Here are a few things you should know.

Netflix does not work on an LG TV? Here’s how to fix it