iOS 9: 21 tips and tricks to unlock the new features of Apple Technology 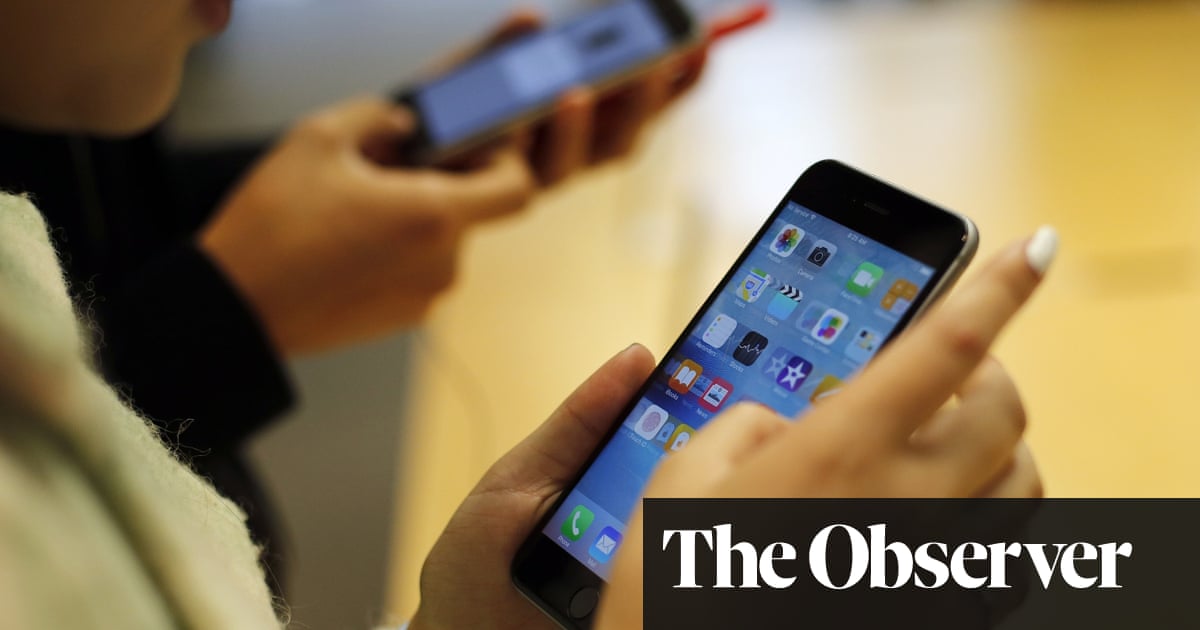 1. Save your battery (iPhone only)

iOS 9 brings with it an energy-saving mode that closes many background processes and can take an extra few minutes out of your iPhone's battery when you really need it. You get the option to turn it on when the battery level reaches 20 percent, but you can activate it at any time by going to the Battery section of Settings. Of course, you still can't beat completely turning off your phone to make the battery last longer …

With the new software update from Apple comes a Siri voice training function so that the digital assistant app can better recognize the sound of your voice (and perhaps your thick regional accent). To get started, open the General page in the Settings app and tap Siri and allow "Hey Siri": after practicing a few sentences, you can say "hey Siri" to activate the app when your phone is connected and is being charged. On the latest iPhone 6s and iPhone 6s Plus, the hot key for speech works regardless of whether or not your phone is being charged.

If you have ever got lost in the rather labyrinthine series of screens that are part of the iOS Settings app, you will be happy to search them easily enough now. The search box appears at the top of the Settings app front page – just start typing something related to the option you want to search for, and iOS will do the rest. If nothing appears below your search query, chances are that no such setting is available on your iDevice.

Hidden at the bottom of the Mobile data menu in Settings, a new option has been introduced in iOS 9 called Wi-Fi Assist. What this does is automatically reset your iPhone to a strong 3G / 4G signal if Wi-Fi is problematic (too slow, too unstable or not connected at all). It is designed to save you the trouble of manually turning off Wi-Fi if you know that a data connection will be faster and less difficult (just make sure you have the data plan to handle this).

Apple & # 39; s Find Friends app – with which you can find contacts connected to iCloud on a map, with their permission – has been around for a while, but it's now a stock app in iOS 9 (such as Mail or Maps), which means that everyone has installed it. It also comes with a new notification center widget, which you can enable by dragging down from the top of your device screen and tapping the Edit button. Turn on Find Friends, and then tap Add Friends to decide who you want to see on your Today page.

The iPhone 6s and iPhone 6s Plus bring 4K video recordings to an Apple handset for the first time, a resolution that takes up a serious amount of internal storage of your phone can take. To prevent potential problems, iOS 9 includes a video resolution selector that you can use on any device (not just the new iPhones): go to Settings, then Photos & Camera and then Record Video to set your preference . On devices that support the slow-motion video function, you can also set the video resolution for this.

The longer your access code, the harder it is to crack, and iOS 9 sets the new default length to six digits instead of four. If you already have a four-digit PIN code, go to the Access Code section of Settings and tap Access Code. You will then be asked for a new six-digit code. Although Touch ID replaces the access code in many situations, there are still times when iOS relies on it (for example, when you restart your device).

Siri has a few more tricks in store in iOS 9, one of which is the ability to set a reminder based on what you are watching on the screen: it can for example, a map location, an e-mail or a website (assuming the app supports the necessary Siri integration). Start Siri by holding down the Home button and then simply say "remind me" to set a reminder. Ask Siri to "show reminders" to view all memory joggers that are currently stored in memory.

9. Jump directly to your selfies

iOS 9 introduces two new photo folders to automatically filter some of your photos. First there are Screenshots that will help technology journalists around the world, and then there are Selfies – this does not magically recognize your face, but simply grabs every picture taken with the front camera. To quickly retrieve a recent selfie, go to the Photos & # 39; s app and tap the Albums button on the toolbar to view the Selfies item. You can still sort these photos in your own albums.

For now, all Apple's own apps are being updated simultaneously with iOS itself (something Google moved from). This means that there is also much to discuss in the area of ​​individual apps: Notes gets the biggest upgrade and you can now add photos, cards, scribbles, checklists and web links to your items. It is now much better equipped to adopt Evernote as a more general app for taking notes – try Notes again if you have not been impressed.

Slightly controversial, the iOS 9 edition of Safari supports content-blocking apps that remove ads from the web while you browse. You must first install your desired app – Crystal, Blockr and BlockBear are three of the best known – and you can then go to the Safari section of Settings to enable them. Some of these ad blockers stick to the basics, while others (usually the ones for which you have to pay) give you more control over which types of content are hidden from view.

If you use the updated version of Safari in iOS 9, you can now adjust the appearance of the Reader View mode (which also removes advertisements and other unnecessary content that is not the main article on the page). First tap the Reader View icon (to the left of the address bar) to remove all unnecessary clutter; you can then tap the double AA icon to the right of the address bar to change the font size, style, and color to best suit your eyes.

Another Apple app for a handful of small upgrades is Mail. It is now possible to sketch an entire e-mail attachment before sending it back to the original sender (perhaps with some suggestions for improvements): tap an attachment (such as an image or a PDF) in an e-mail and select then the highlight and answer option. The following screen gives you access to a number of different pen and text tools and there are options for adjusting the colors and styles of your squiggles.

14. Add any kind of attachment to emails (Mail)

Back in the dark days of iOS 8 and the preceding editions, you could only add photos & videos to an outgoing emails mail compiled on your Apple device; iOS 9 allows any type of file as an attachment. Double-tap the normal height of the email and then choose the Add Attachment option from the pop-up list. Your iCloud Drive folder will open by default, but you can select Locations to set up other supported sources, such as Dropbox and Google Drive.

This is only a small change, but it can make a noticeable difference if you spend a lot of time working with photos & # 39 on your iPhone, iPad or iPod touch. If you're in the Photos & # 39; s app, you can tap Select as usual to select multiple images instead of just one – the difference in iOS 9 is that instead of tapping each individual photo, you can quickly tap and scroll to close a number of photos. It should make uploading or deleting some photos a little easier.

There may be photos on your device that you do not want to see every time you browse your gallery – maybe they didn't come out so well or they don't fit in with the rest of your daily snaps – so Apple has added a new Hide option that you can find through the Share menu. The chosen images disappear from the Moments, Collections and Years screens, but keep in mind that they are still visible in the folders on the Albums page (and you can hide them here if needed).

Finally, Apple Maps can tell you how to get from A to B via public transportation – as long as you live in London (or Baltimore, Chicago, New York) (Philadelphia, San Francisco, Washington DC, Toronto, Berlin, Mexico City and various cities in China). Simply choose the Transport option when you ask Apple Maps to work out a route and a list of options will appear on the screen; tapping the small information icon gives more detailed instructions. Hopefully there is support for more locations.

iOS 9 has some exclusive tricks for the iPad: specifically the iPad Air 1 and 2, the iPad mini 2, 3 and 4 and the iPad Pro. With one app on the screen, slide a finger from the right side of the screen and you can view another app in a pinned sidebar – Apple shows you all installed apps that are compatible with this new Slide Over mode. Tap one to view it, and then tap back on the main app to hide the sidebar again. Drag the top of the screen down to change the sidebar app.

Slide Over gives you only a limited example of a second app for quick reference purposes, but if you have an iPad Air 2, an iPad mini 4 or an iPad Pro , you can take advantage of a true multi-tasking mode called Split View: with the Slide Over panel displayed, drag the boundary line to the center of the screen and you have two apps side by side. If you want to change the primary app you started with, just tap the Start button and choose a new app on the home screen.

20. Play video clips on top of other apps (iPad only)

Here's another trick for the newer group of iPads we mentioned earlier (every iPad Air, every iPad mini except the original and the iPad Pro): image-in-image video. Depending on the video playback app you choose that supports the function, you will see a small icon with a double rectangle in the lower right corner of the video window – tap it and press the Home button to choose another app. The video window remains at the top and you can move and resize it as desired.

21. Turn the keyboard into a trackpad (iPad only)

Apple is doing its utmost to turn the iPad into a productivity machine, and our latest iPad-only feature turns the keyboard into a trackpad, handy for selecting text and moving the text cursor across the screen with greater accuracy. All you have to do is hold down with two fingers on the keyboard – the keys themselves turn gray and you can then move your fingers to control the cursor. Lift your digits from the iPad screen and the keyboard returns.