Taking a screenshot on Oculus Quest 2

After the screenshot is taken, you will hear a screenshot sound (similar to a camera shutter) that you have probably heard on other devices. You will also get a notification confirming that the screenshot has been taken.

If the first method doesn’t work, there is a second, more difficult way to take a screenshot.

Start by opening the system menu by pressing the Oculus button on your right Touch controller. From there, select the “Share” tab in the lower task bar. 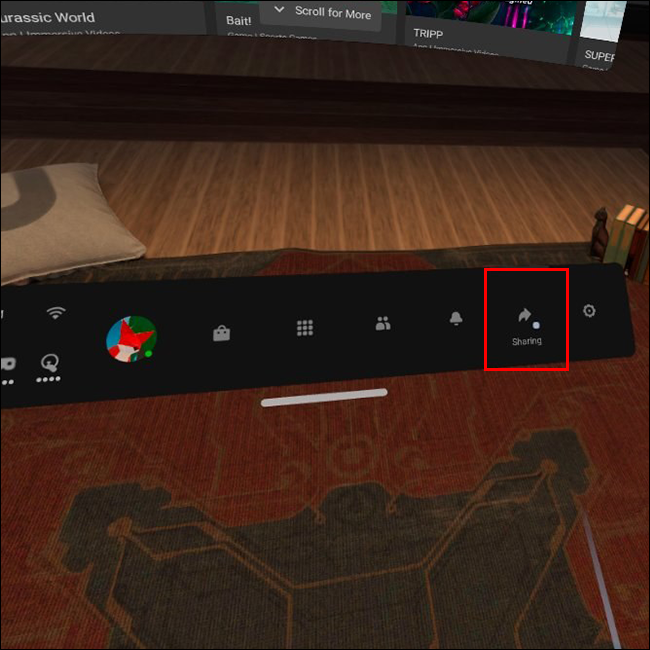 Then select the “Take photo” button. You will see a small red dot appear and blink for five seconds. Once the countdown is complete, a screenshot will be taken. 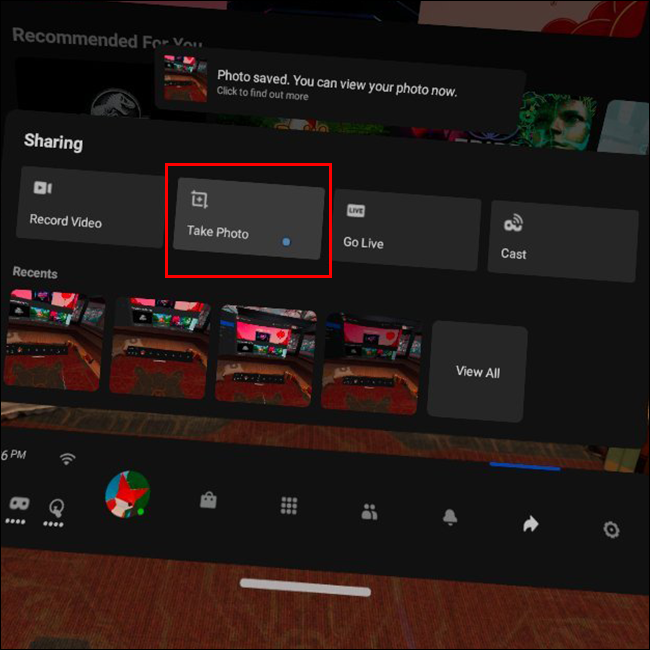 If you’re not sure how to see those screenshots, go to the Home menu by pressing the Oculus button on your controller. Select the “Share” tab (like we did) to take a screenshot. Instead of selecting ‘Take photo’, choose ‘View all’. 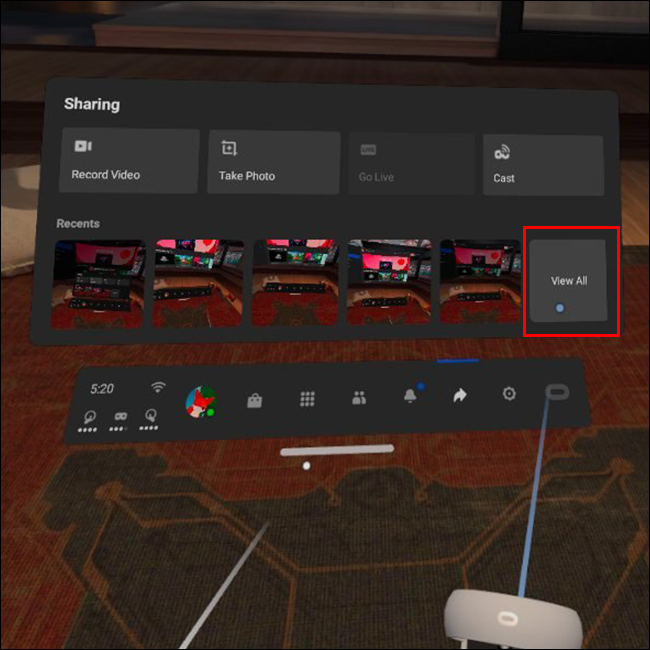 From here you can view all the screenshots you have taken. 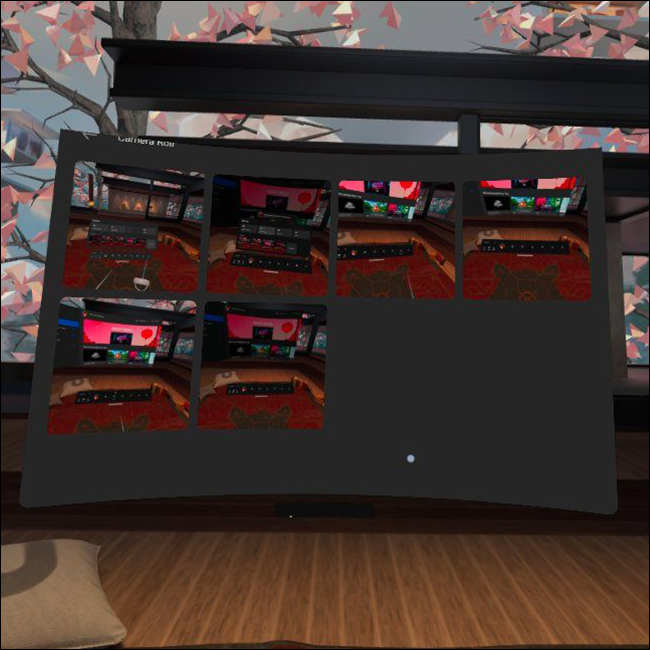 If a screenshot is selected, you can delete the image or share it with others.

RELATED: Take a screenshot on almost any device