Five months after the release of Android 11, Google announced Android 12 Developer Preview 1 (DP1). While most of the changes are happening behind the scenes, these are the eight best user-centric features you can expect.

When will Android 12 be released?

According to a timeline from Google (see below), new builds of the next Android version will be released every month between February and August 2021. If Google stays on track, Developer Previews should continue through April, with public beta versions of Android 12 coming to consumers in May.

Google is normally pretty good at sticking to a schedule. While the timeline above doesn’t provide a specific final release date, the last two Android versions became available in early September.

When will my devices get Android 12?

Once Android 12 is publicly available, it should be rolled out immediately to any Pixel smartphone qualified to participate in the Developer Preview and Beta (Pixel 3 and newer). Unfortunately, for Pixel 2/2 XL owners, it looks like your handset has reached its end of life and will not receive another major firmware update.

For everyone else, the Android 12 rollout will depend on your smartphone or tablet manufacturer. The speed at which your device updates boils down to two things: how old your device is and how reliable the OEM is. Android police has tracked and ranked the best security update manufacturers, which can help you make an informed guess about your device.

At best, if you have a newer handset you should see the update in a few months. If not, you should expect the rollout to take place 6 to 12 months after Android 12’s public release (if at all).

How to install Android 12 Developer Preview 1

If you own one of the compatible Pixel handsets, 9to5Google has an excellent guide on how to install Android 12 DP1.

Unfortunately, you have to manually sideload the new firmware. If you want to wait (which we recommend doing because DP builds are extremely buggy), you can sign up for the Android beta program as soon as it becomes available in May and download Android 12 via an OTA update.

But for now, here are the eight best features introduced in Android 12 Developer Preview 1.

Add text and emojis to your screenshots

Android’s markup tool has always lacked “artistic” editing features found on other platforms. Fortunately, with Android 12, Google is giving everyone more ways to customize their screenshots.

Specifically, Android 12 DP1 introduces new text and emoji options in the markup tool. Like text tools in social media apps like Instagram, you can choose from seven text colors and adjust the font size by pinching to zoom in or out. The same customization options are available for the emoji picker.

Scrolling screenshots can finally be there

Scrolling screenshots are still a bit messy / broken, but it really works! (It’s not on by default so you won’t see it when you update.) Pic.twitter.com/7ih2zQgvZk

Scrolling screenshots have been a part of Android for years, but have never been officially implemented by Google. You either had to download a third-party app or hope your device manufacturer included the feature. While the feature is not enabled by default, it looks like scrolling screenshots are finally available in Android 12.

As seen in the tweet above, once the feature is enabled, a “Scroll” button will appear after taking a traditional screenshot. After you tap the screen, Android will capture the length of the screen you are viewing.

As with many Developer Preview 1 features, scrolling screenshots contain errors and appear to crash during use. Fortunately, Google has six months to make the function work without any problems.

In addition, Google has brought the snoozing feature for notifications to the forefront. Rather than hiding it behind a half-swipe of the notification, each expanded card has an alarm-like icon in the lower-right corner. When tapped, the app’s notifications can be snoozed for up to two hours.

“Double Tap” is Google’s take on Back Tap 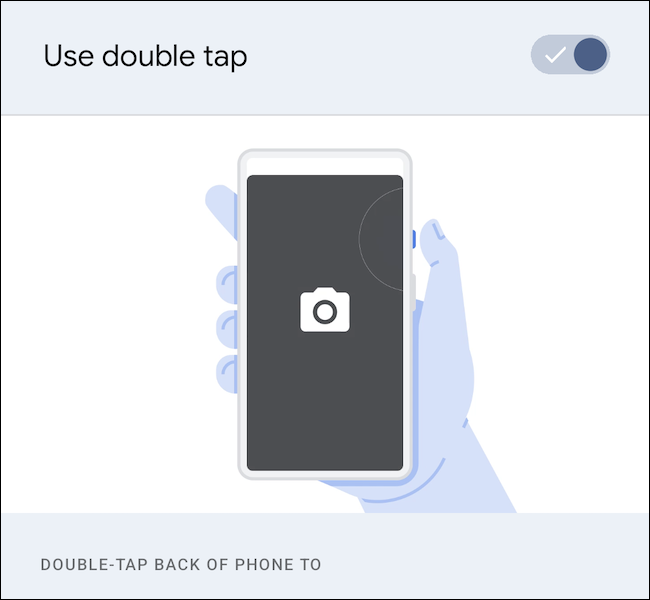 In 2020, Apple released a feature in iOS 14 called ‘Back Tap’. Simply put, you tap the back of your phone two or three times to initiate an action. A third-party app called “Tap, Tap” brought similar functionality to Android. With Android 12 DP1, the feature comes natively under the name ‘Double Tap’.

Double tap can be enabled by going to Settings> System> Gestures> Double tap. Once the option is enabled, you can open the assistant, take a screenshot, play and pause media, view recent apps, or open the notification shade with a double tap on the back of your phone.

Unfortunately, the Double Tap feature in DP1 does not seem to be functional. We’ll have to wait and see if Google enables the feature in later versions of Android 12.

RELATED: Take actions by tapping the back of your Android phone

Having a large smartphone screen is great for watching Netflix, but it makes it incredibly difficult to reach anything near the top of the screen. Google’s “one-handed mode”, found hidden with Android 12 DP1, is almost an exact clone of Apple’s reachability mode on the iPhone.

The feature works by swiping down on the move bar at the bottom of the screen. Immediately the top half of the screen slides down. Swipe up on the gesture bar to expand the screen back to its original size.

With the one-handed mode hidden so deep in the developer settings, it’s not clear if it will continue to be available when Android 12 is made available to the public.

RELATED: What is reachability mode on the iPhone and how do you use it?

Send WiFi passwords with Nearby Sharing 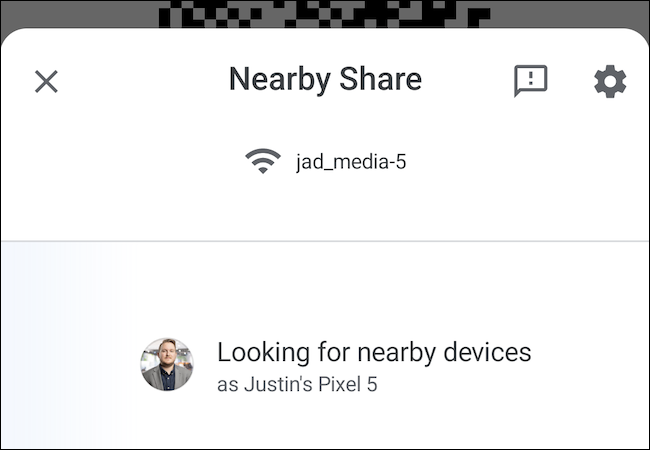 Sharing your WiFi password is now easier than ever. In addition to generating a custom QR code that others can scan, Android 12 DP1 has added a new feature to Near Share (Google’s answer to Apple’s AirDrop) that allows you to quickly and securely change the password of a Wi-Fi network. to send.

With Android 12 installed, go to Settings> Network & Internet> Wi-Fi and tap an SSID you’re already connected to. From there, tap the “Share” icon, verify your identity and select the “Nearby” button. You can then send the credentials to any other Android device with Nearby Sharing enabled.

Privacy is everything, and Google makes it easier for you to ensure that none of your apps can access your device’s camera or microphone without your knowledge. 9to5Google Found hidden quick switches “Block Camera” and “Microphone” that currently need to be manually enabled using a developer flag. If either toggle is on, you will block access to the cameras and microphones, even if an app has permission to use them.

There is a (hidden) simplified interface called “Silky Home”

BIG CHANGE: If you enable the “Silky home” feature flag I mentioned earlier, you get a DRAMATICALLY changed settings UI that is MUCH more one-handed friendly. Here are a few screenshots: pic.twitter.com/EcwqnU0LlB

If you’ve used Samsung’s One UI Android skin, DP1’s hidden interface looks pretty family-like. Called “Silky Home,” the simplified interface replaces the traditional Settings menu with something a little easier to use on larger devices. Instead of items taking up the entire screen, a large label fills the top portion of the menu, making it easier to access everything on the screen.

If Android 12 Developer Preview 1 is installed, you can activate the developer flag by using Google’s ADB utility and running the following command:

It’s not clear if this is a redesign that Google is working on for the public launch of Android 12 or something we’ll see in a later version of the OS.

RELATED: How to install and use ADB, the Android Debug Bridge utility

More than incentive checks: all the tax breaks that parents and retirees need to know