The Blurred Line Between Ethical and Criminal Hacking – CloudSavvy IT 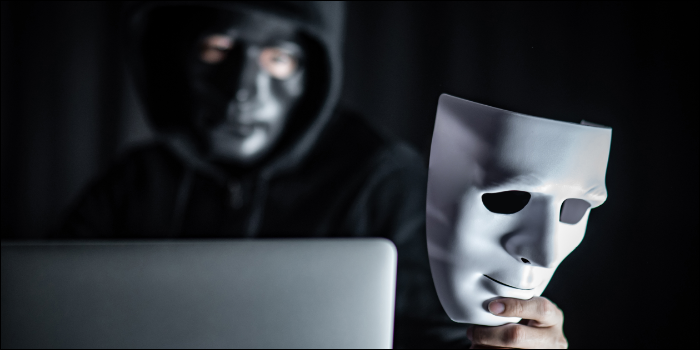 There are three types of hackers: white, gray, and black hat hackers. And while white hat hackers fall strictly under the cybersecurity category, the line isn̵

7;t that clear when it comes to gray and black hat hackers.

Initially, it is easy to classify hacking into neat categories; legal and illegal. White hat hacking is a cybersecurity practice that aims to reveal the flaws and weaknesses in a company’s security system. Other types of hackers focus only on the personal benefit of the hacker, ignoring the effects their actions have on the reputation and financial condition of the company.

But the categories can get blurry when intentions and morality come into play, especially in gray hat and black hat hacking. While both types are illegal, the hackers’ intentions and ethics are different. Black hat hackers often have financial motives behind their attacks. And if not directly financial, their goal is either data or to crush competition by ruining a company’s reputation and infrastructure.

Gray hat hackers usually fall in the middle ground of the other two types. What they are doing is in no way legal as they do not have permission from the company or individuals they are hacking. But determining whether they are good or bad is more subjective. Their goals range from disclosing data they feel should be public and sabotaging business operations if they believe their methodology is unethical by their standards, to proving themselves as hackers and exposing vulnerabilities in the security systems of their targets.

But while most gray hat hackers start out in the gray area of ​​hacking, they often end up in one of two main categories.

For the most part, the idea with cybersecurity and hackers was about protecting digital assets from hackers who might come after them for financial gain. Clear and simple. Focus the majority of your preventive and reactive security measures on valuable data that hackers can target for financial gain, and you’re good to go.

But having a segment of experienced hackers who are not looking for profitable operations complicates security. Any type of data or trace that you leave online can be a good reason for a gray hat hacker to launch an attack. When risk is measured by ethics and morality, the lines become blurred as to what the hacker considers unethical practices, even if they were perfectly legal.

In some cases, being attacked by a gray hat hacker can be worse for your business than being attacked by a black hat hacker. First, financially motivated cyber incidents are more or less the norm. Not to mention, there are insurance policies that have been drawn up with cyber attacks and data breaches in mind. Customers and customers only expect an appropriate response from the company, such as notifying users of leaked data, helping them create a secure replacement, and fixing the vulnerability to prevent future incidents of the same nature. You could still be financially affected, but your reputation could remain intact after the incident, depending on your response.

In contrast, ethically motivated attacks can hurt their targets financially, but their main purpose is often to damage the company’s reputation by exposing what they perceive to be unethical practices. Depending on the information exposed, the company’s reputation can sometimes be irreparably damaged. And there is little a company can do to save a ruined reputation, but promise some degree of rebranding and greater transparency, all while being kept under constant scrutiny and suspicion by users and consumers.

For most companies, there are no gray hat hackers. A person they haven’t hired who breaks their network can rarely do anything but harm.

The line between ethical and criminal hacking is not only blurred for companies and their welfare and reputation, but also for hackers, both professional and amateur. Over the past two decades, multiple companies have ended up hiring the same people who hacked them, showing keen interest in their skills. This is not a niche decision made by small businesses trying to survive. Companies like Twitter, Facebook, Microsoft and Apple all ended up hiring the services of people they hacked without their consent.

While this can be a strong incentive for young hackers to pursue ethical hacking rather than criminal hacking, it nonetheless glorifies illegal hacking to some extent. It may lead some to go the indirect route of becoming an ethical hacker instead of starting a tech career and getting on the right track.

The difference between gray and black hat hackers who eventually become ethical hackers and others who pose a serious threat to the business depends on multiple elements, ranging from the hacker’s intentions and the hacked company’s decisions, pushing the boundary between ethical and criminal hacking.

The blurring lines between ethics-based and criminal hackers may be a sign that strict categories among illegal hackers are not a sustainable model. Since the skills required are the same for all types of hackers, many can end up wearing multiple hats and switching between labels when it suits them.

And with the rising value of user and business data, along with increased interest in the details of business operations, unauthorized hacking incidents will only increase in number and severity. The best way to combat the worrying rise of hackers is to double down on security and enlist the help of someone who understands how hackers work, a white hat, ethical hacker. Regularly conducting penetration tests and fixing the vulnerabilities that arise during the procedure can be the only security measure between you and malicious hackers targeting you for their own benefit or for a “greater good.”