Streaming is a lot of fun, but it̵

7;s not really something you can jump into. There is a lot to consider when it comes to streaming, from the software you use to the hardware currently on your PC. It can be a lot to research if you want to get it right, but don’t worry – we’ve got the basics for you.

Of course, you don’t need everything in this article, depending on what kind of streaming you’re doing. For example, if you don’t want to show your face, you can skip the webcam part without any problem. However, if you’re looking for a high-quality viewing experience for those tuning in, paying attention to the smaller details when it comes to audio and video helps a lot.

Streaming is not an easy task for your computer to perform. It requires a lot of processing power to stream whether you’re streaming games or just a webcam feed. You need a fairly powerful CPU and GPU even in the beginning.

If you’re currently working with integrated graphics of your CPU, your stream probably won’t look that good (assuming you’re running it at all). And if you’re already having trouble running the games you want to stream, then that should be a good indication that you need a PC upgrade before getting started. Having the processing power to support your stream is crucial for a clear and smooth transfer (in addition to your internet connection). That doesn’t mean you have to spend thousands on a top-notch rig, but investing specifically in a better GPU is probably a good idea to boost performance.

Audio is an important part of streaming alongside video, so you want to make sure you’re doing it right. A lot goes into how your audio sounds, from the microphone you’re using (which we’ll get to shortly) to the room you’re streaming in. The two main problems you will fight are background noise and echo. Turning off items like fans and making sure your doors and windows are closed are good steps to combat the former, but echo is a trickier beast to tackle.

First, the echo largely depends on where you stream. Small rooms with a lot of furniture will naturally take away a lot of echo, while large, spacious rooms will produce a lot of it. Acoustic foam is the easiest solution to this problem; placing some on the walls will remove the echo and you will get a clearer sound while streaming. If you’re on a tight budget, some thick blankets hung against the walls can also work – you can even make your own foam if you want at a relatively low cost.

Acoustic foam also blocks sound entering or leaking out of your room – the latter is especially nice if you want to be noisy and not disturb others around you. 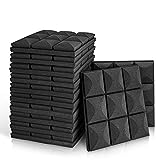 The final audio-related point of interest is pop filters. These filter out plosives while recording and we highly recommend them for streamers. Plosives are a loud sound that occurs when fast moving air hits your microphone. It is especially common when you say a word with a “P” sound in it. Some microphones may require special pop filters, but common options like Aokeo’s should work for the vast majority of microphones. 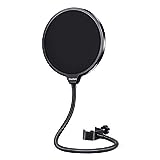 Speaking of audio, you need a decent microphone for streaming. While you may have a webcam or headset that you currently use as a microphone, spending a little money on a good microphone can significantly improve the quality of your stream. We’re going to discuss a few starter-friendly options here, mostly USB microphones for their plug-n-play nature.

XLR microphones are still worth checking out and provide higher quality audio than USB microphones. They usually need audio interfaces to work properly, which is another pot of worms, but the only XLR mic featured here, the Shure SM58-LC, doesn’t require such complications. But we will come back to that shortly.

If you want to include a camera in your stream, you might as well make sure it’s a good one. And luckily you don’t have to spend a ton for that; some of the more affordable options out there perform great for live streaming.

To wrap up your setup, let’s discuss a few things that can make your streaming life easier.

Now that we’ve discussed the physical equipment, let’s talk about the software that enables streaming in the first place.

Streaming is a complicated practice, but with the right gear by your side, it gets a lot smoother. While there is always room for upgrades and improvements, building a solid starter set can be done without losing hundreds of dollars.

When is the Super Bowl 2021? Bucs vs. Chiefs stream for free on CBS without cable

What you need to know about traveling in 2021