What is a Human Interface Device (HID)?

There are many strange terms associated with using a computer. One you may have seen is ‘Human Interface Device’ or ‘HID’. It sounds like something out of a science fiction movie, but what exactly does it mean?

“Human Interface Device” may sound oddly strange, but the name is actually very descriptive. Simply put, a HID is a standard for human-operated computer equipment. Thanks to the standard, these devices can be easily used without additional software or drivers.

A standard to simplify accessories

“Human Interface Devices” is a standard created to simplify the installation process of input devices. Prior to HID, there were several specific protocols for each type of input device.

That meant there was a protocol for mice, a protocol for keyboards, and so on. Devices required to use the existing protocols or to create custom drivers. People had more work to do in installing and configuring devices.

In comparison, an HID-compliant device contains “data packets” that contain all of the device’s actions. For example, a keyboard may have a key to adjust the volume. When that key is pressed, the “HID descriptor” tells the computer where the target of that action is stored in the packets and executes it.

The HID protocol makes it much easier for companies to produce widely compatible accessories. All modern operating systems support the HID protocol. You can connect a USB keyboard to a Windows PC, Mac, Chromebook or even an Android tablet and it will be functional immediately. That’s all thanks to HID. 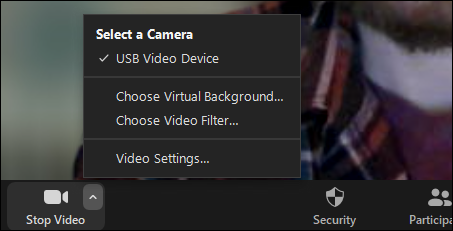 The biggest advantage of HID is that you can easily connect almost any peripheral to your device and get it started right away. However, that’s only half the magic. How about making these accessories work with apps?

You can connect a USB controller to your PC and it will usually control the game as it should. Even if the controller was made after the game, it will still work. The game developers did not have to do anything for that.

When you connect an HID device, it announces its capabilities to the operating system. The operating system interprets the data and classifies the device. This allows apps and games to target classes of devices rather than specific models.

This is a super important element of HID, and it is something we take for granted. A game controller works with your Steam library. Zoom knows that your webcam needs to be turned on. All of this is done with very few settings on your end.

As mentioned earlier, USB peripherals are the most common human interface devices you will see, but there are other types.

The other common type is Bluetooth HID. It’s the same USB-HID protocol with some minor tweaks for Bluetooth. As you’d expect, this includes similar devices to USB-HID, but they connect via Bluetooth. A Bluetooth mouse just works whether it is connected to a Windows PC, Mac or Chromebook.

Human Interface devices are some of the most common devices we use with computers. We don’t really appreciate how easy they are to use. There was a time when it wasn’t that easy.

HID is not only responsible for making computers more user-friendly, but has also contributed to the huge market for accessories. There are thousands of keyboards, mice, webcams, controllers and other products that you just don’t have to worry about incompatible with your computer.

Much progress has been made in the history of computers, but the Human Interface Device standard is one that has been a resounding success.