Windows 10’s Photos app is too slow. Here’s the fix

0’s Photos app is too slow. It was too slow the day Microsoft released Windows 10, and it still is. Follow our advice and your images will open three or four times faster.

The Internet is full of fixes for Windows 10’s Photos app. If Photos really take 10, 20, or 30 seconds to open, you’re sure to have an unusual problem. You may want to reset the Photos app’s app data.

But most of the people have a different problem even if Photos app goes as fast as possible. When you double-click an image in File Explorer, it takes a little too long to open the Photos app, and you may also see a black screen when the image is displayed. With some images, you may see a blurred version of the image first before the Photos app loads a sharp version, which is the real image that finally comes into view.

You have a split second to wonder: Weren’t computers faster than this? Why do images from the internet load faster than images from my computer’s internal storage? Is all software doomed to get slower and slower over time?

There is a better way. On our fast desktop with a solid-state drive, our solution opened images three or four times faster than Windows 10’s built-in Photos app.

You can use a registry hack to get the classic Windows Photo Viewer from Windows 7 back on Windows 10. However, we think you are probably better off with a different application.

We still love Irfanview. It’s a classic piece of Windows software dating back to the 90’s, but it’s still in active development.

Irfanview is small, fast, simple – and of course, free. Install Irfanview, make it your default image viewer, and it will appear when you double-click image files such as JPEGs, PNGs and other file types in File Explorer.

Despite its small size – the 64-bit version of Irfanview is only 3.56MB without plug-ins – it’s also packed with useful features for converting, resizing, cropping, rotating and highlighting images. 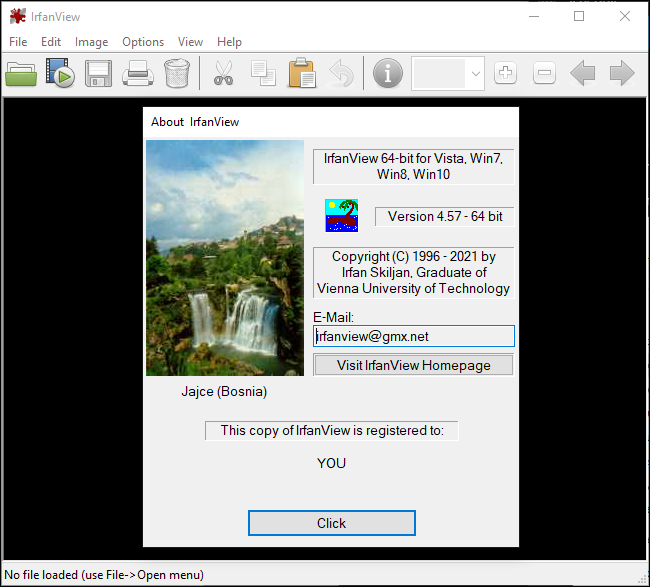 Yes, that’s our tip: take Irfanview. There are certainly other image viewers out there and you can explore them if you don’t like our pick, but we love Irfanview. If the slow Photos app drags your workflow down, Irfanview will be a breath of fresh air.

Many things have changed in computing over the decades, but Irfanview is still great.

But why is the Windows Photos app so slow? Well, maybe it is slow because it is a UWP app. Remember how slow the original version of Microsoft Edge was before Microsoft left it and switched to Google’s Chromium project? UWP apps were never just about speed.

RELATED: What you need to know about the new Microsoft Edge browser

Yes, you must wear underwear while exercising

The Best Credit Monitoring Services in 2021: Experian, FreeCreditReport.com, and More